Our family has been engaged in a three-year journey of transition. Dinah and I have spent much of that time reflecting and learning.

This season has been 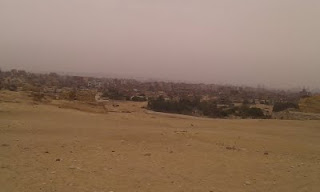 particularly turbulent. The single biggest issue is the significant uncertainty over our longer-term future. Permanent relocation is very unsettling. This and being stuck in an extended transition feels like one of life's most difficult moments. Being neither here nor there has been our wilderness experience. (Talking about wilderness, here is recent pic of the Egyptian desert.) Practical issues such as visa matters added to the already-heavy human psychological adjustments that change produces. Facing constant questions from friends and family piled on to the mounting helplessness.

The biggest challenge has been to stay true to a sense of destiny. It is so easy to be knocked off course and very tempting to just walk away. But what would I do with this heart for the nations. Recent times have been tough. But it has been an honour to take care of people for 20 years. I desire to continue to live for the good of others.

Through all this the question of, “What next?” remained unanswered. So we found ourselves being brought to our knees so many times. Other times we found ourselves learning how to live positive amidst uncertainty. Through it all, I have just felt so thankful for the friends that He has placed around us who have stuck with us during this journey.

About just over half-a-year back, what seemed to be a glimmer of light began to appear at the end of the tunnel. Out of the blue, an opening came knocking. I was approached to join a mobility solutions firm. This came as a surprise, but a pleasant one. I explored this fascinating possibility. My attitude was to be open to what He might be saying, including through those around me and those over me in the Lord. We also considered the prophetic words received from different ministers.

The past three years 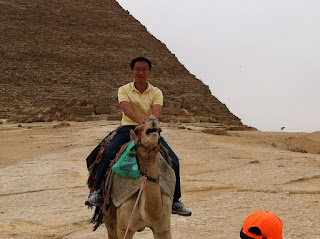 has been a long transition. But things are a bit clearer now. It is May and this brings yet another transition. (As I write, I am mindful that our nation experienced a political change in May too.) For me personally, I feel that the Lord has released us. In this new season, I will now once again serve in the marketplace. In fact, here is a pic of a very recent work trip to Cairo. I do believe that the Lord is repositioning His teams, here and around the globe, for a greater purpose. Within my heart, there is a rising anticipation for the new thing that He is doing in our midst.
Posted by ben kc lee at 10:51 PM