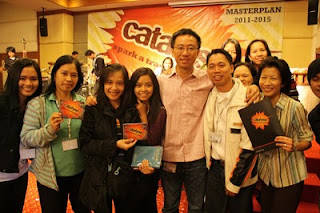 CATALYSE means to produce fundamental change in or to transform. CATALYSE is also the name of our global master-plan for the five years from 2011-2015. This consists of 6 strategic priorities supported by 16 initiatives. This strategic planning process started in Nov. 2009 and ended in Dec. 2010. This whole process culminated in the recent launch of CATALYSE. 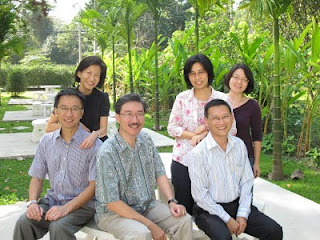 The Strategic Planning Team (SPT) arrived very early in Chiang Mai to prepare for the global CATALYSE launch scheduled at the Jan 2011 Passion Global Conference (GC) and for the implementation meetings straight after the GC. A total of 150 international and 120 Thai leaders joined this GC. An additional 130 Thai leaders joined the night sessions. Children ministry leaders flew in hoping to hear Pastor Bill Wilson, our guest speaker from Metro Ministries. Most delegates came keen to discover how our movement intended to move forward. 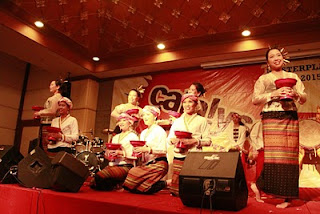 CATALYSE was launched on Friday, 21 Jan 2011 on the last day of the GC. The bright CATALYSE backdrop draped the entire wall on the stage. The Launch started with a meaningful Northern Thai cultural presentation. The Thai drums signaled a community going into battle. This drum presentation was a traditional victory declaration before warriors went into battle. The CATALYSE commissioning documents for our 16 Initiative Leaders were transported on the sedan procession. This procession is a traditional Thai practice for transporting someone or something important. These opening items blended the futuristic CATALYSE with the richness of tradition. The underlying message was a church planting movement that respects the diversity of cultures that God has created.

Next Pastor Simon rallied our pastors and leaders to get behind CATALYSE. He exhorted us to get on board this change process in the next five years. I then presented CATALYSE. I traced back to the Charismatic revival which started in the 70s and continued to the 80s. Our movement's first church was birthed in 1981. I reminded the conference that we are connectional rather than a congregational church. I concluded that our second-generation connectional movement is starting a transformational change process called CATALYSE.

Then Pastor Simon and Dr Wilson laid hands to commission our 16 Initiative Leaders. All our pastors also stepped forward to stretch forth their hands to pray. The CATALYSE Launch was the closing item of the first GC in this new five-year window. 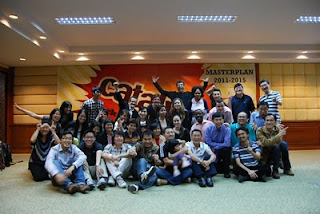 The next day our Initiative leaders and members gathered for Implementation meetings. The room felt electric as excitement filled the atmosphere. God continued to reassure us that we are going down the right path with four prophetic messages. The break out sessions got better. This culminated with team lunch. Thanksgiving was the theme as SPT debriefed after lunch. It has been quite a long week but a very fruitful one.

Yesterday was quite memorable. It was Friday, the 31st of Dec 2010. This was the last day of the year.

I started the day working on a chapter of my thesis. Next we had a staff year-end lunch. We had Teo Chew porridge whilst catching up with co-workers. All of us were spread across four tables. 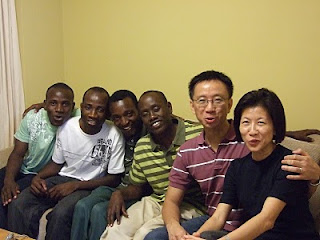 Then I welcomed 4 young men at the Punggol MRT station. Maxwell, Ernest, Kinoti and Gibson are from our church in Nairobi here for leadership exposure. We arrive at our place and settle down with afternoon tea. Eager to learn, they ask a wide range of questions over the time we met. They are such fine young men.

Yesterday was indeed special. It was a Nairobi-flavoured New Year's Eve. It is such a rare privilege to be with our young leaders from Kenya and our old friends who are missionaries, as time transitioned from 2010 into 2011.